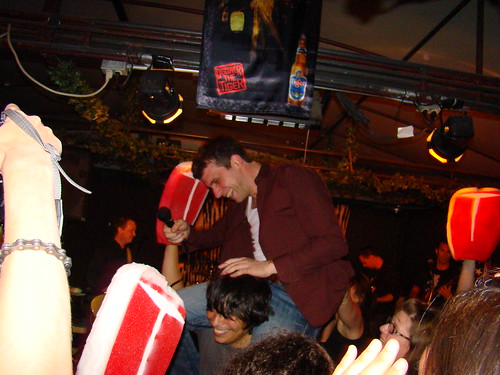 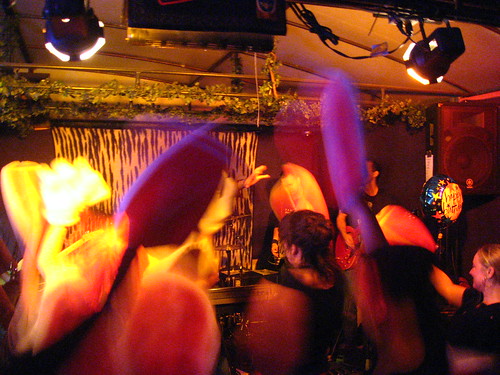 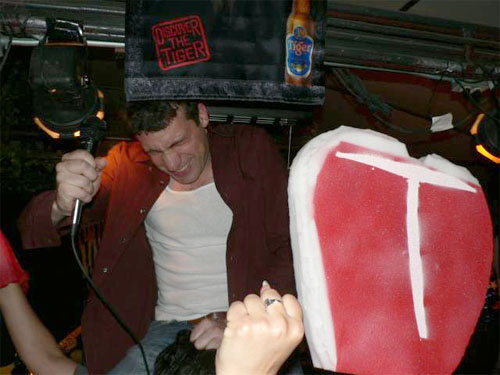 From our show in March... 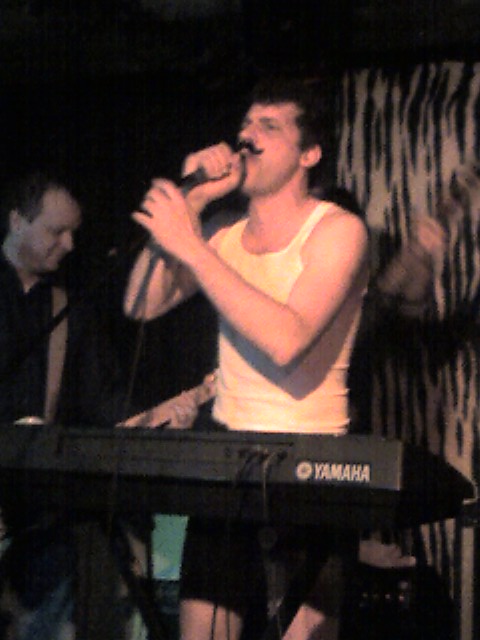 Prior to Saturday, Palace Family Steak House had played shows in nine of San Francisco's eleven supervisorial districts. In order to fulfill my commitment to play a show in each district before the end of the year, I had to play one show in District 4 and one show in District 7.

Fortunately, those districts are adjacent to each other. The north side of Sloat Boulevard is in one district, the south side in the other.

I set up on the median of Sloat Boulevard under the Doggie Diner head and played a song. With one foot in each district, my mission was accomplished! 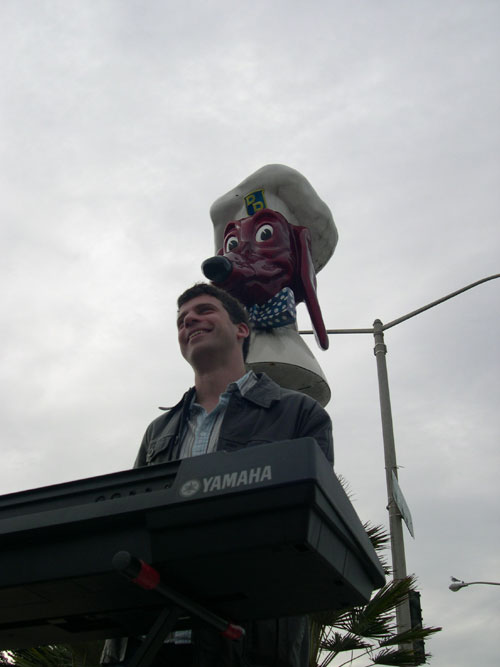 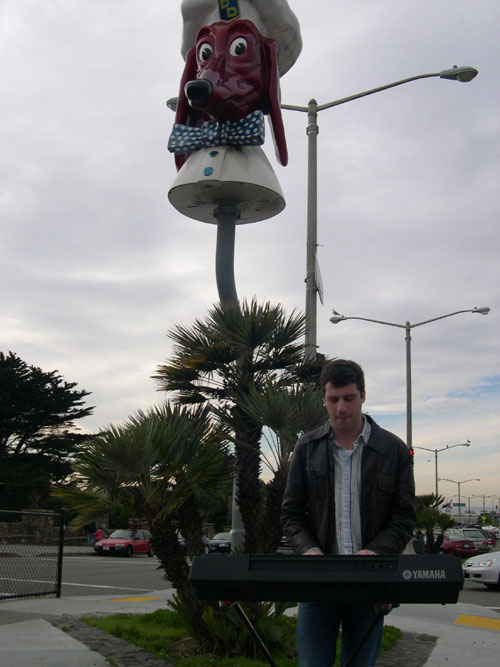 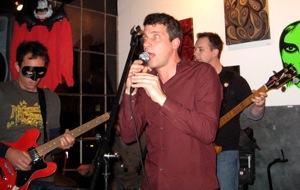 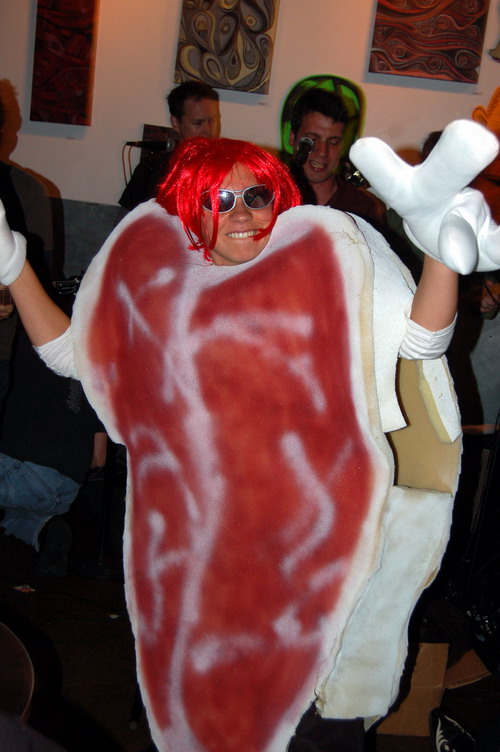